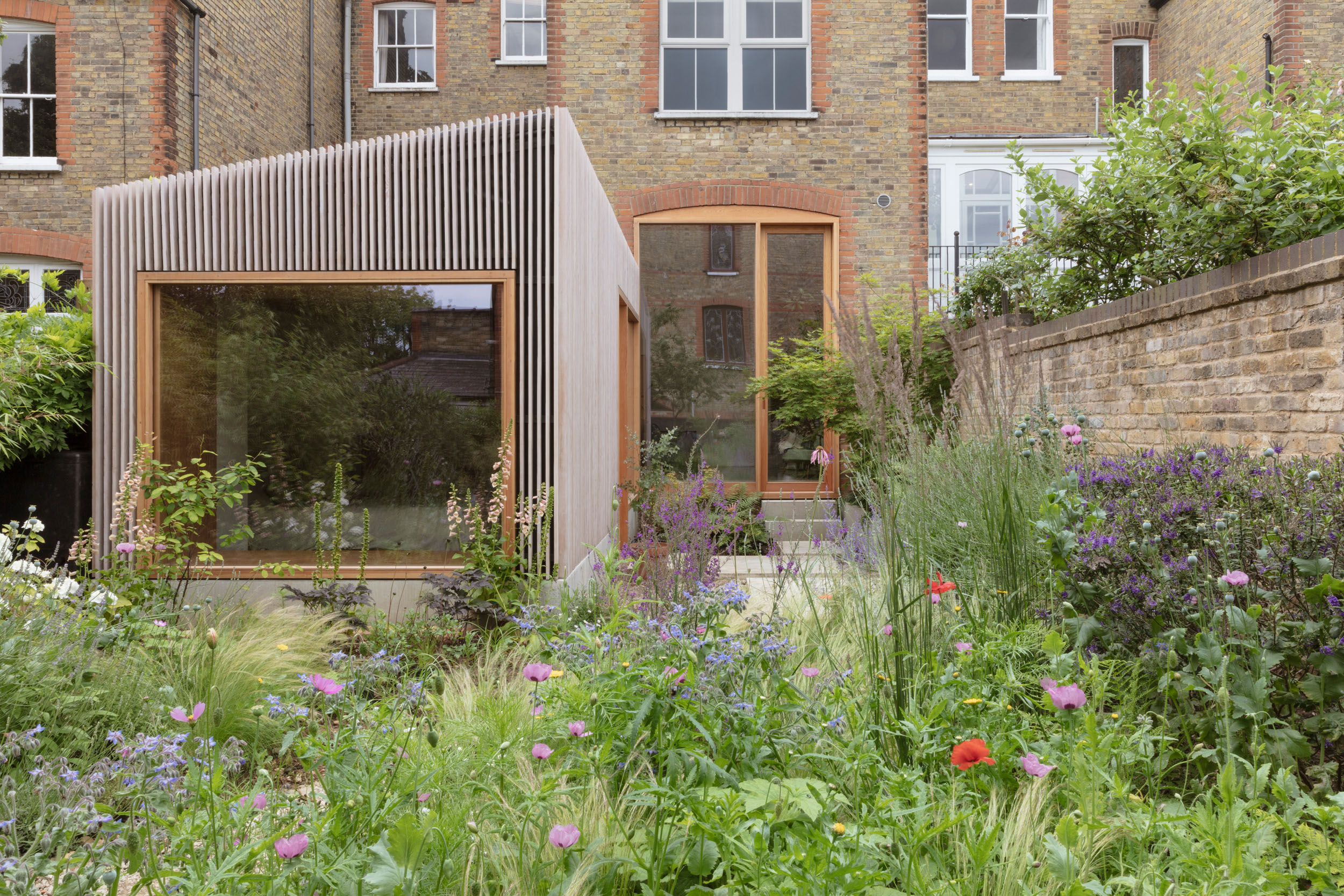 Conceived as a single piece of cabinetry and crafted out of a single material – Canadian Douglas Fir – this ambitious extension was craned onto site before being nestled into this lush private garden.

The project extends a studio flat behind a converted Edwardian house set, within a Conservation Area in Muswell Hill, North London. It was prefabricated entirely by a highly skilled team of carpenters in Devon, before being disassembled, transported, and erected on site within days.

The extension brings to life a new bedroom amidst the lush planting seen through a vast picture window and secluded bench seat. The exposed beams make this sleeping area very restful, a feeling which is amplified when it rains, and the light drumming is heard on the roof as though in a tent.

Externally the extension is seamlessly clad in pre-weathered Douglas Fir fins that has been treated using a new generation of timber treatments, which mimics and accelerates the natural process of fossilisation to make the treated wood about 10% fossil and 90% wood. 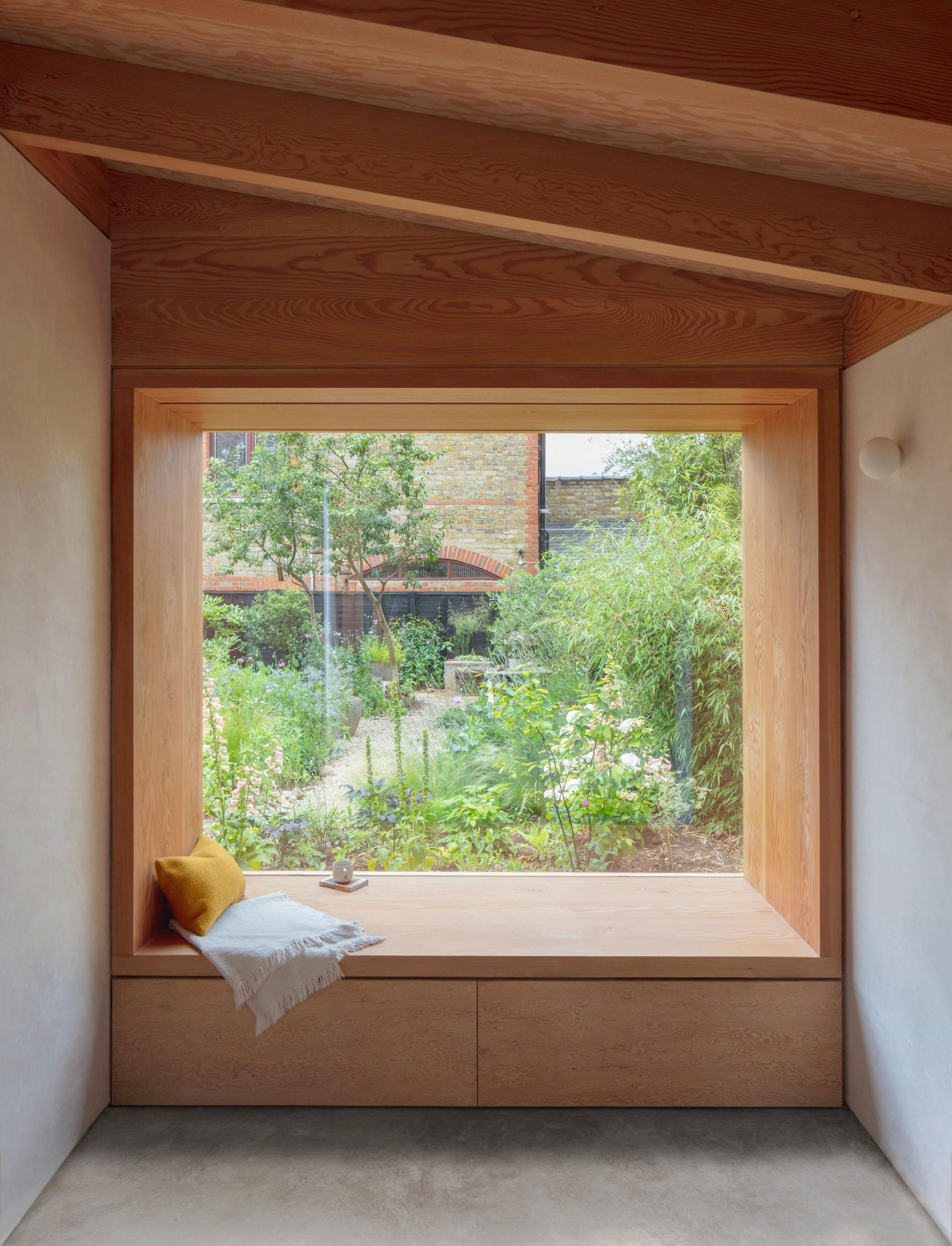 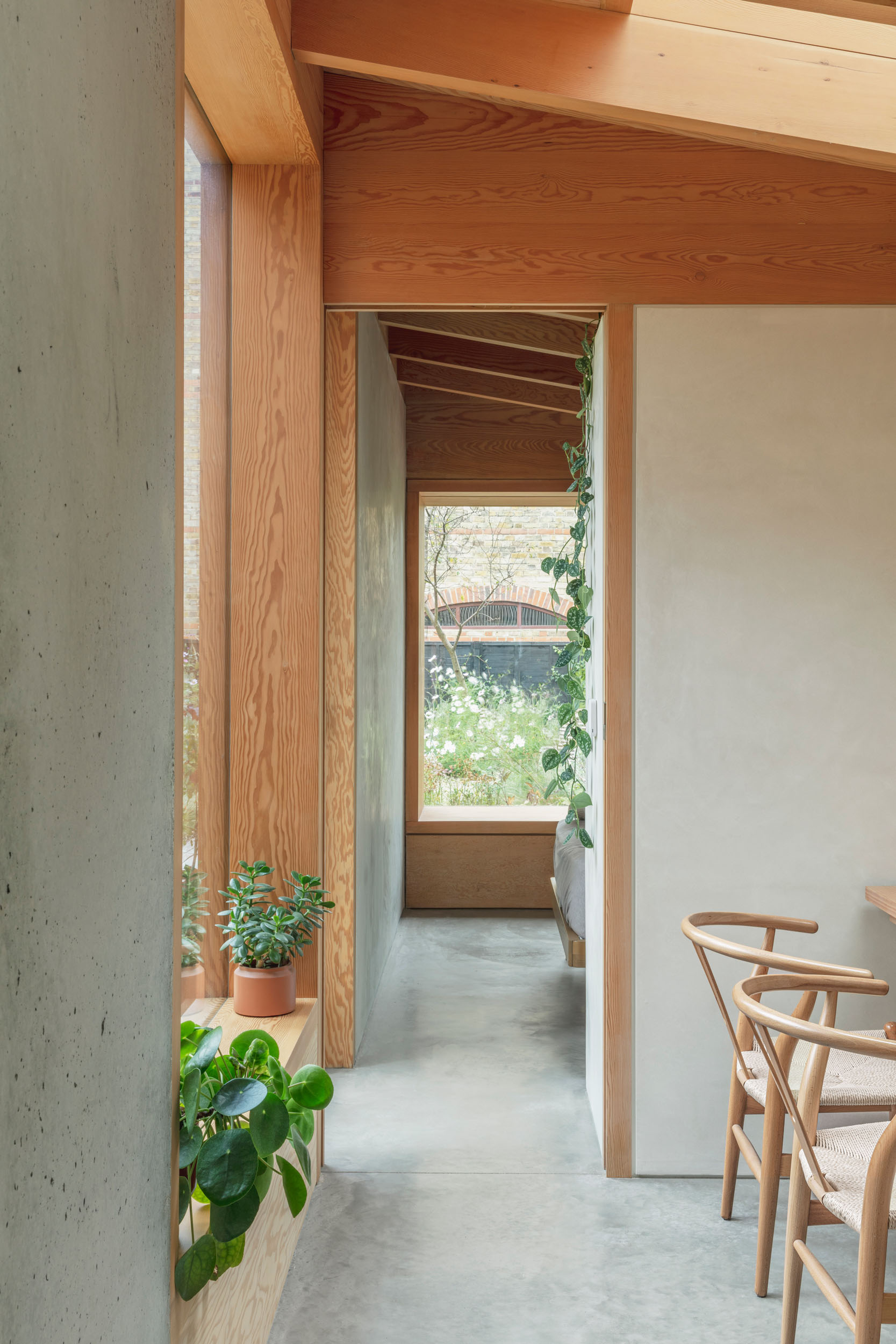 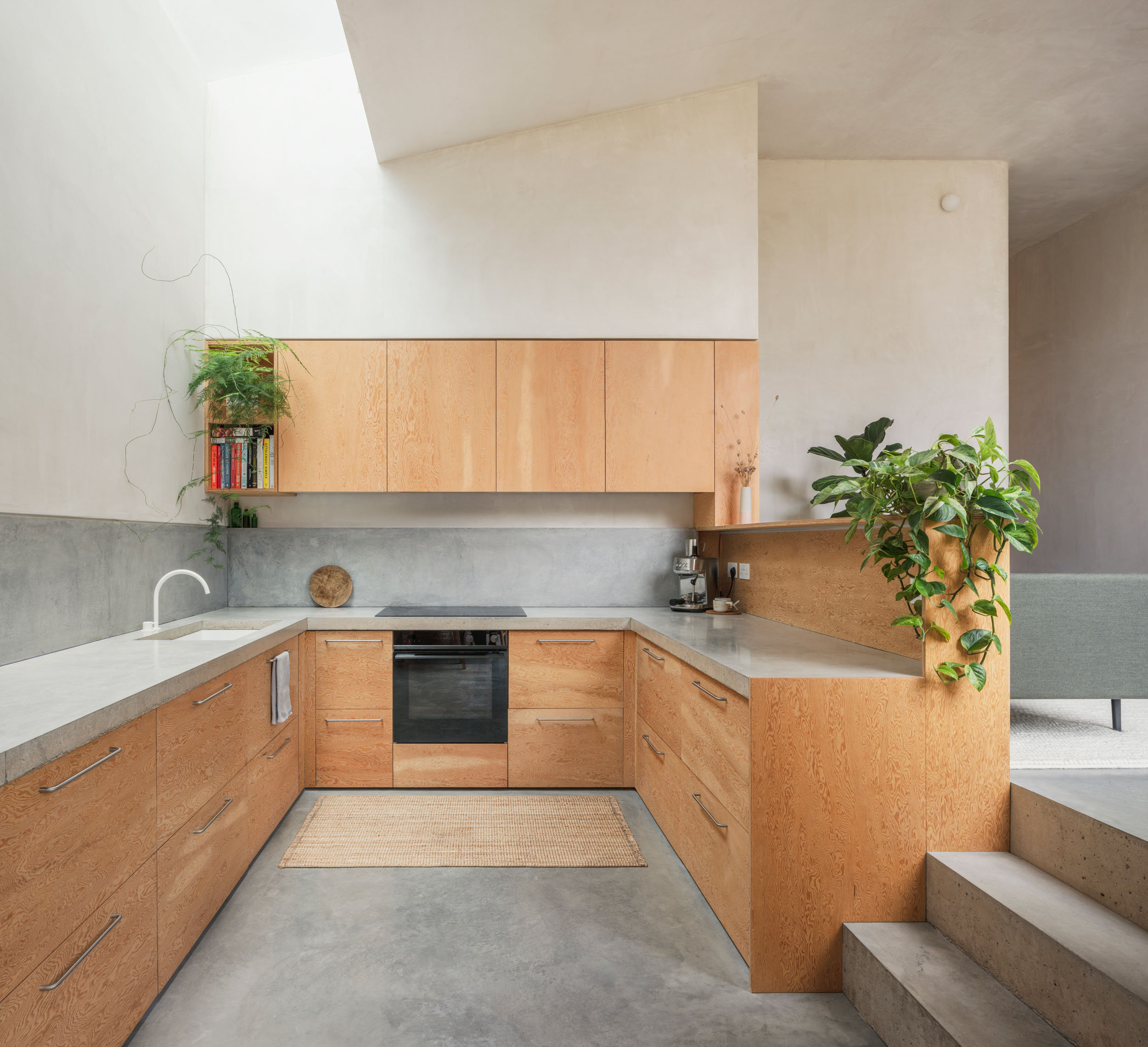 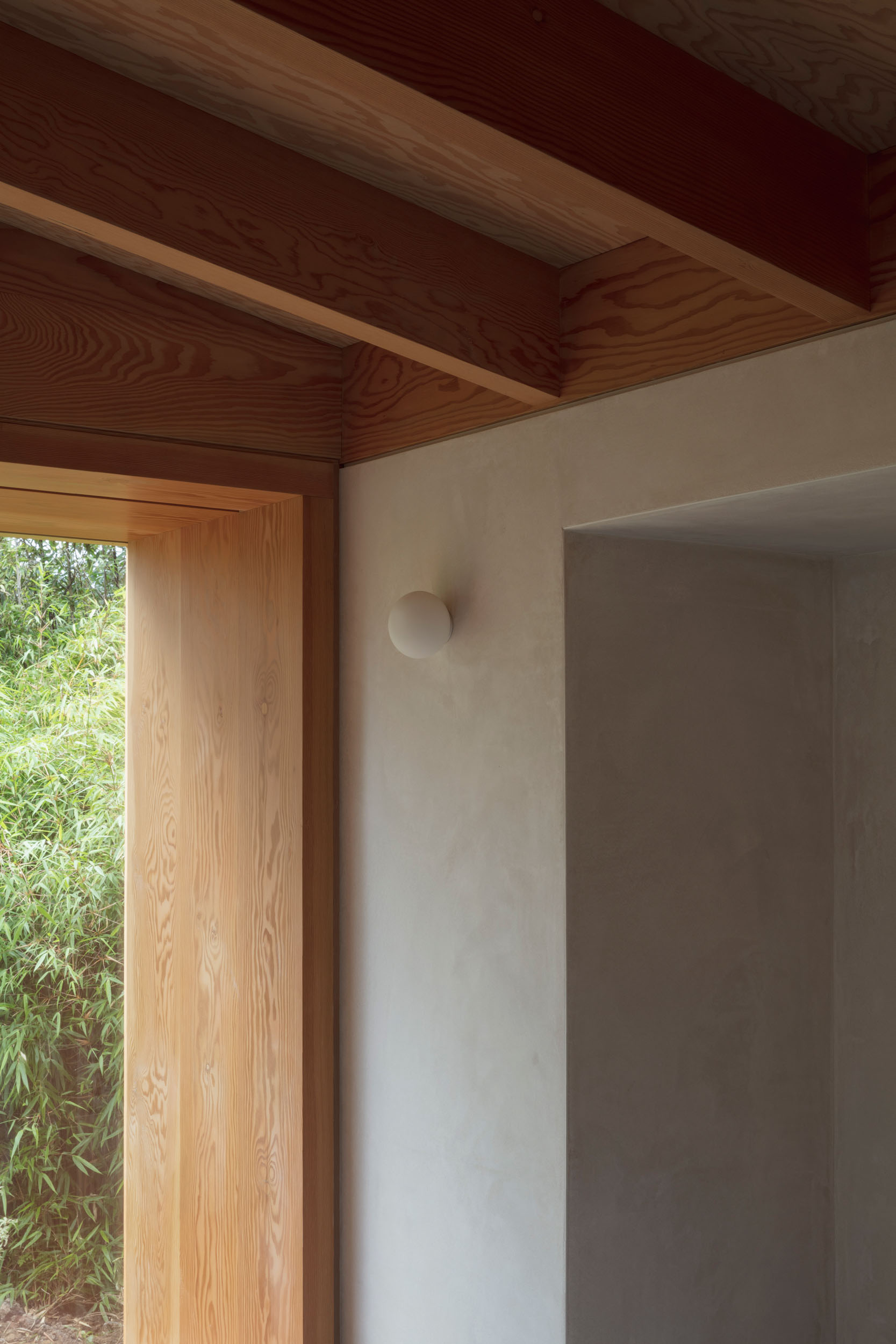 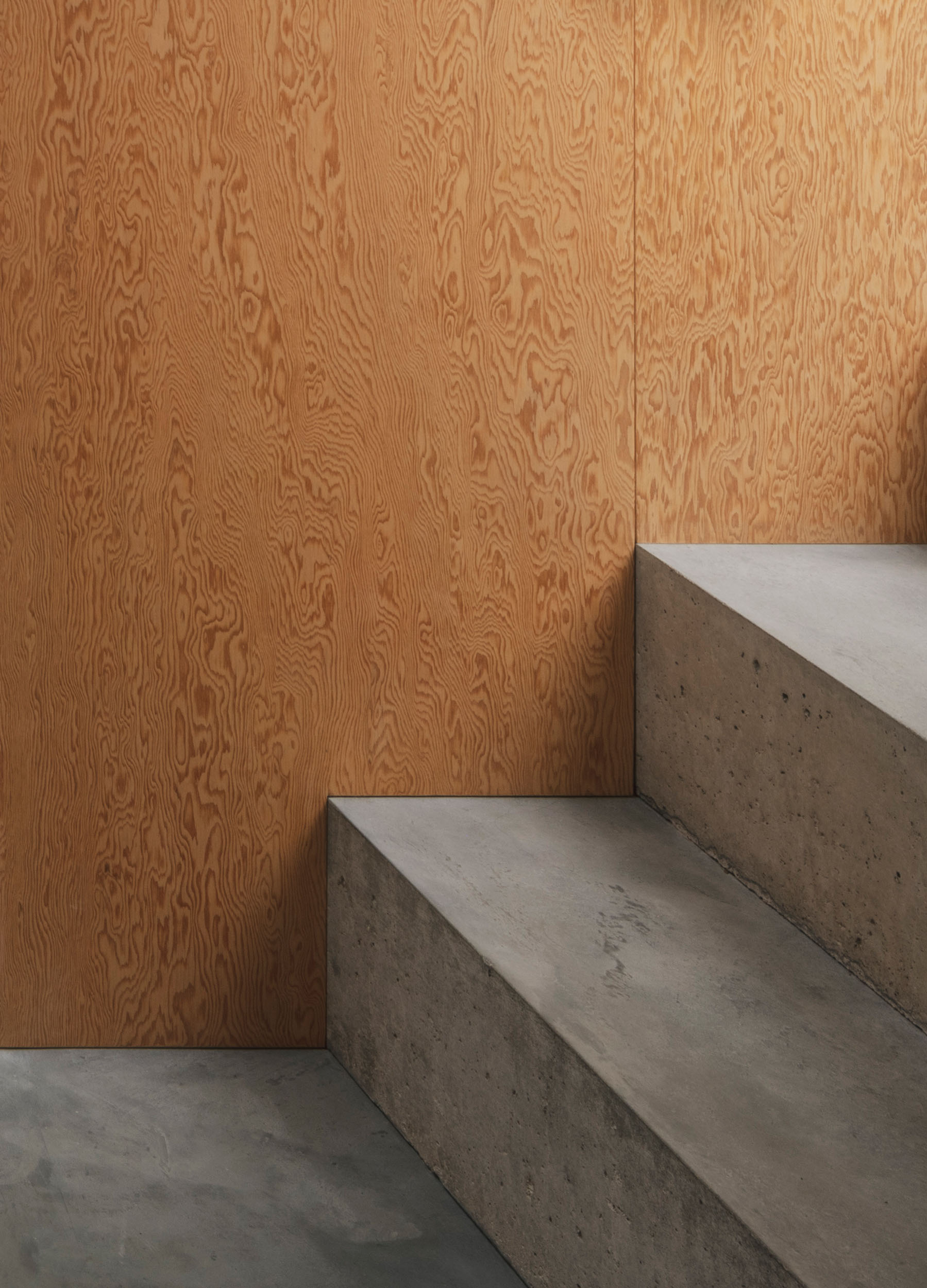 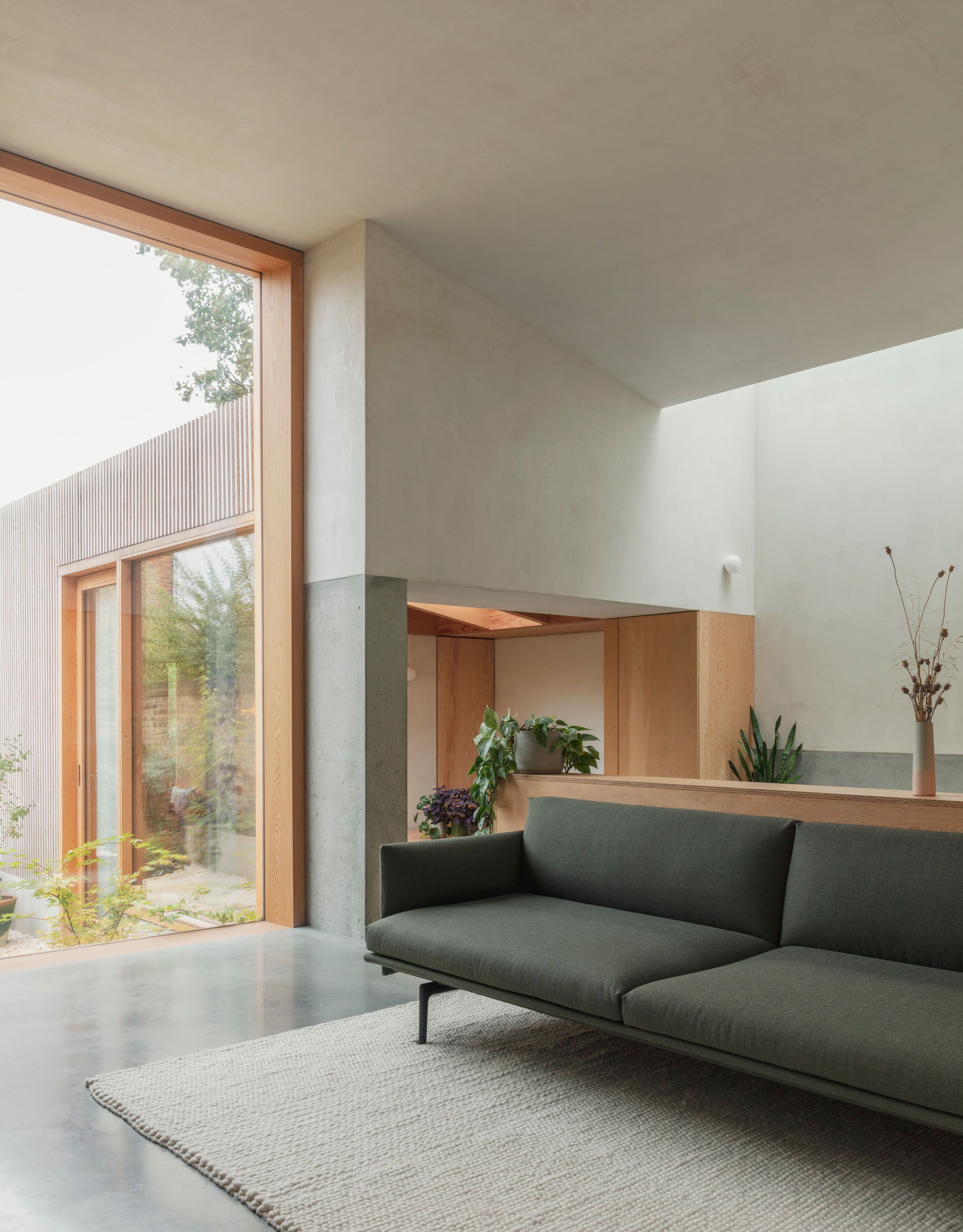 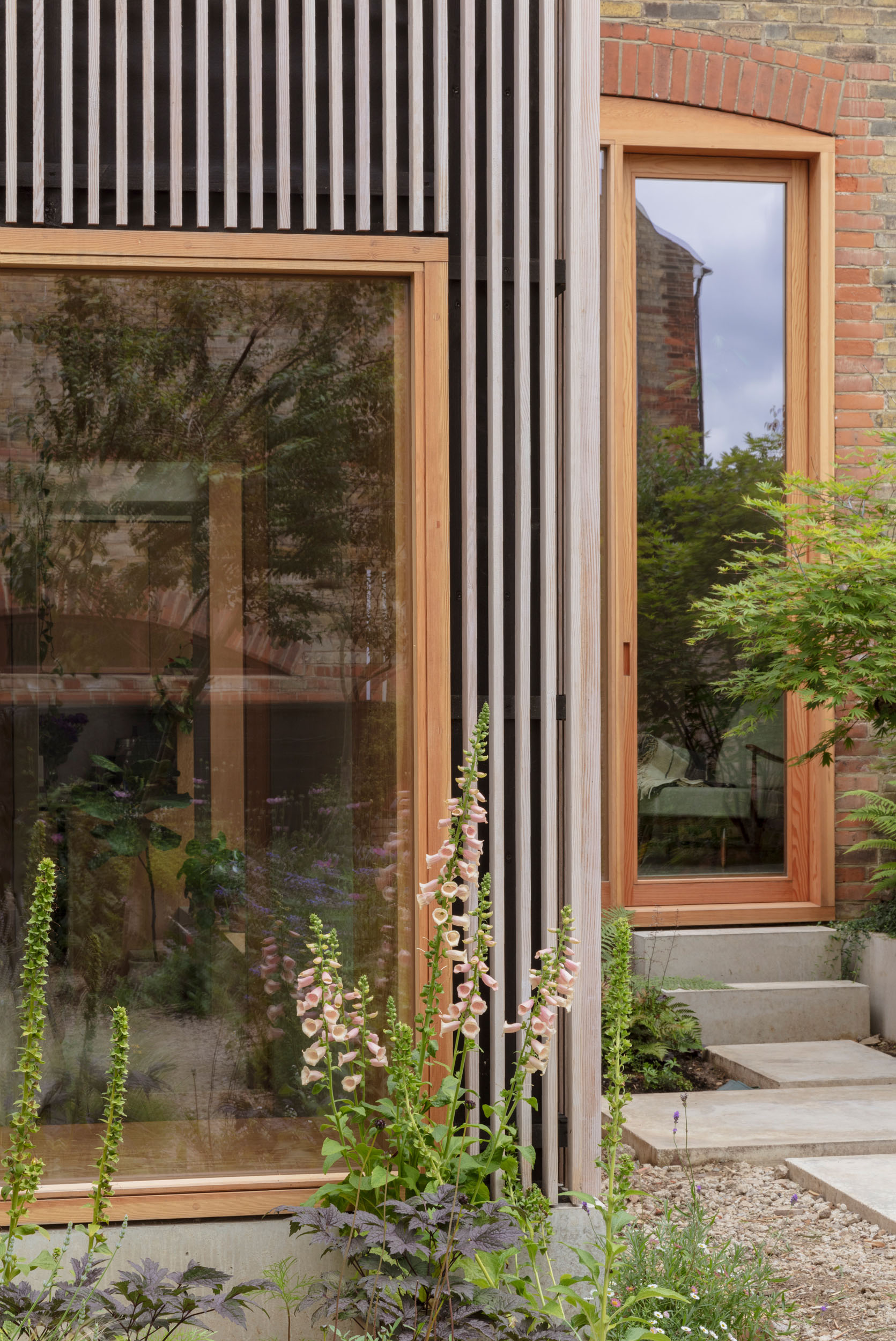 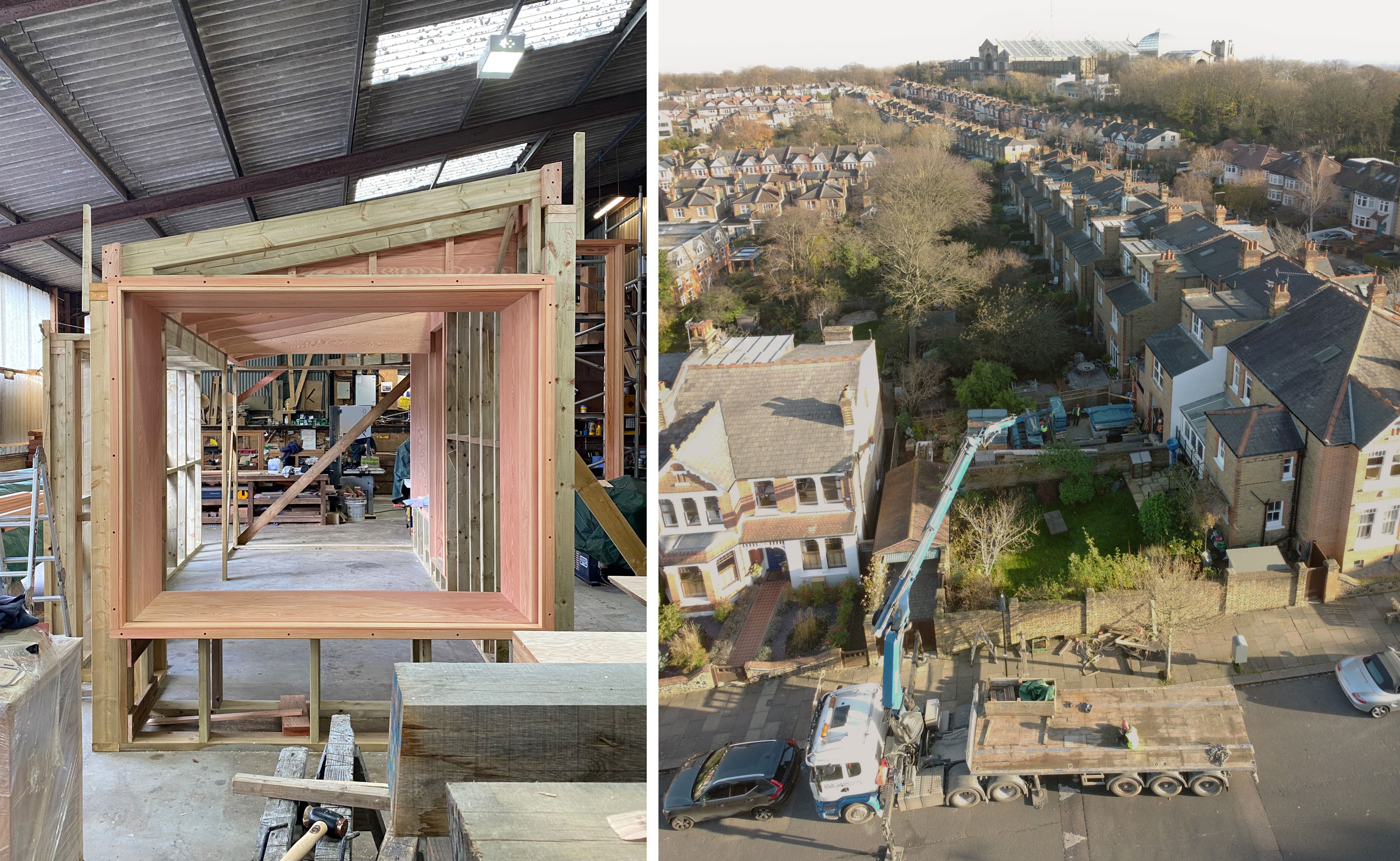